This release is bringing back a way to automatically import data into Nomie 4.

Update Nomie 5 is out

Nomie 3 had Calendar Import, and Nomie 2 had the Firebase based API. Like Nomie 2, we now have an API.

This time around, we're going for a simple, encrypted API using public/private keys. This means, that like Nomie 2 - you can post data to Nomie, but unlike Nomie 2 it doesn't require firebase - or even an account. 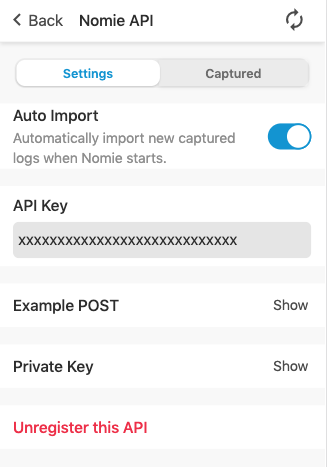 Generating an API Key will create an API key, public key and a private key.

Now with your API key, you can POST a payload to NomieAPI.com that will be stored in a private Amazon S3 bucket. You can then either manually check for newly captured records, or enabled "Auto import" to automatically import new records each time Nomie launches.

When you submit a payload to NomieAPI.com the note field is encrypted using your public key, which NomieAPI knows based on your API key. Only your private key, which only your Nomie App knows can decrypt the content of the note. 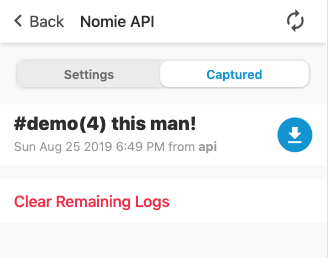 What else is included:

Fixing No 0 value in tag or range …